As long as civilization itself has existed, governments and leaders have wanted to find ways to control society. Throughout history the cycle has been the same; the government gets too much control and the people revolt, and then the cycle starts all over again. However, I feel this time, with tech now being what it is, there maybe no ‘fighting your way out’.

One of the best ways to control the people is with their money. In 1744 mayor Rothschild infamously said; “give me control of a nation’s money and I care not who makes the laws“.

So basically, whoever holds the purse strings is the boss, and now new technology is making it easier than ever to control people via money, which will result in the greatest form of control we’ve ever seen, and it has all been well underway for some time now.

The War on Cash;

The war on cash has been happening for quite some time – we’ve seen countries place limits on cash transaction amounts, controlling the amount that you’re able to use. Almost every country now has a capped value limit on transactions; in the United States and Australia for example, you cannot do a transaction with over ten thousand dollars in cash without reporting it. In other countries throughout Europe some have cash limits as low as the equivalent of one thousand dollars. This is being done to eliminate the freedom and anonymity that cash offers.

Fast-forward to where we’re at today, and the catalyst that’s really ignited and enabled this war on cash that we’re seeing right now obviously came from technology – the tech has arrived to implement unprecedented, never-before possible control.

Cryptocurrency somewhat started this trend, and was the ‘canary in coal mine’, and has since proved it’s viability, then you have the US dollar-backed stable coins as another working model.

Recently, the Bank of International Settlements (BIS), its kind of the central bank of all central banks, have announced that 80% of banks are actually working on a new central bank digital currency (CBDC).

It’s no surprise China was the first to the punch at trying a CBDC – they’re a top-down, centrally-planned authoritarian state, and they’ve so far made use of all the technology available to control the people of China, including social credit scores and surveillance systems everywhere, so it’s not that big of a surprise that they were the first one to roll out the brand new tool that could be used for censorship and control.

They released a test of $1.5 million worth of central bank issued digital currency last year. They started working on it earlier obviously, but it was ‘released to the wild’ October 2020, and they did it in a fashion in which they enticed people to try it – ‘Hey check it out; if you download this app and take our central bank digital currency so we can spy on you and control you, we’re going to give you free money!‘ – of course, who wouldn’t download that app and take ‘free’ money?

Now what we’re seeing is a power struggle over money, and what China really wants is to get some of the power that the United States holds through the reserve currency of the world, the USD, and because it’s the reserve currency of the world the US is able to weaponize the dollar. So if the U.S. doesn’t like a policy or something that your country has done – it’s sanctions for you, and you’re cut out of the financial system. And so the digital yuan is going to give China new tools to strike back, and this allows them to bypass the weaponization of the U.S. dollar by bypassing the SWIFT system.

Once China had come out and stated that their goal is to take down the dollar supremacy of the SWIFT system, and to have a good majority of the world using the digital Yuan by next year, all of a sudden we see the Biden administration has recently stated that it’s now sees a threat from china’s digital yuan. Yeah no kidding, right?

The Digital Dollar Project (DDP) is not a government group, but rather a combination of Accenture (NYSE: ACN) and the Digital Dollar Foundation (DDF). Now you may not recognize this name, but Accenture was previously known as Arthur Anderson, a holding company which became infamous in 2002 after it was found guilty of crimes in the firm’s auditing of Texas-based energy company Enron, and was dissolved shortly after. Readers old enough may remember the Enron scandal that basically brought down the stock market. Well Accenture were essentially the outfit behind it, so it’s nice to have some trustworthy people behind the Digital Dollar Project.

And then we have the Digital Dollar Foundation (DDF – strangely, and perhaps cleverly, there is no website I can find), which is headed by the former chair of the Commodity Futures Trading Commission (CFTC), and that’s Chris Giancarlo, who is no stranger to the digital asset world – they were the first ones pushing for a U.S. CBDC, and so they’re somewhat ahead of the pack. But remember DDF is a private company, it’s not the banks, not the government, and not the Federal Reserve, and the reason why is because in the United States things are done a little bit differently than in China.

Any fans of the book The Creature From Jekyll Island will know that the Federal Reserve is not really the Government, but instead it’s kind of like a semi-quasi private bank, kind of working with the government, and then all the banks down below of course are private institutions, and they’re not government either.

Now a couple things to look at; this is from the Accenture website; “WASHINGTON, D.C.; May 3, 2021 – The Digital Dollar Project (DDP) will launch at least five pilot programs over the next 12 months with interested stakeholders and DDP participants to measure the value of and inform the future design of a U.S. central bank digital currency (CBDC), or “digital dollar.”

The U.S. tried to quietly slip a digital dollar through in the first round of stimulus checks last year that was issued after the plandemic broke out, using people’s desperation for financial assistance in the hope they won’t pay too much attention to the many other unrelated items in the bill. However if at first you don’t succeed try try again, and so of course they did, and a digital dollar is now re-introduced in stimulus number two trying to get it back out again.

What the U.S. central bank want to do is rollout five digital dollar pilots, and again, they’re very motivated now. Of course, the U.S. dollar is the reserve currency of the world so they can’t just switch the whole thing over without testing first, in the same way China has been working on theirs for years, first rolling it out in October of last year, and they’ve been continuing to gradually roll it out with a plan of full scale launch next year. [DDP Whitepaper]

The United States’ five digital dollar pilots over the next 12 months, is being done by a non-profit group called the Digital Dollar Project, and I’m going to explain what that means, because it’s a lot different than what China’s doing.

So one of the features of a central bank digital currency is it’s programmable money, or ‘behavioral money’. So what does that mean? It means that it can programmed to do whatever they want it to do, for example, in China they added expiration dates so if you don’t use the money by the set date it automatically returns to the Government.

So when the United States sent out the stimulus checks last year they wanted people to take that money go spend it, they wanted that to stimulate the economy, but instead a lot of people saved it (or they put it into Robinhood and became options traders), and that’s not what the government wanted, and so in future what they could do, like China, is program the money so that if you don’t use it by a certain date it returns or you can only use it at certain retailers, Walmart or Amazon for example – ‘approved vendors’ and nowhere else.

Central Bank issued digital currencies are going to allow the central bank to deposit the digital dollar to any account. Now at first you may not understand the impact of that, but what it can allow them to do is many things, one of being ‘targeted inflation’. So let’s say for example, they could say; ‘Hey, this state needs more inflation, so we’re just going to give money to that state‘. It could of course, be this region, it could be this town, or it could also be a particular identity group. We’ve heard lots of talk recently about reparations happening, so the money could be programmed to go solely to a certain group, or maybe it goes to minority groups or whatever it may be – they can use CBDC’s to control behavior and ‘target inflation’ different groups.

For example, the Government could say you’re saving way too much money, and so we’re going to hit you with a negative 5% interest rate. Oh, you’re still not spending enough? Okay, now it’s negative 10%. Or they could say ‘you’re not saving enough so we’re going to give you a positive five percent rate, or you’re not saving up we’ll give you a positive ten’, and so you can start to see how this can be used to effect behaviour, and all done automatically by algorithms.

The Digital Dollar Project have mentioned other features, so lets take a look at that directly off their Proposed Pilot Programs document;

So really what this is is it’s a battle over control of the money.

Everybody needs to have the ability to transact and we need it to be done without permission – it shouldn’t be up to any one regulatory body to give permission to do this.

So what kind of permissionless money are we talking about? what does it look like? Well my favourite is Bitcoin. Anybody can download a wallet, anybody in the world right now, you could download a wallet and you could send, receive and store money immediately. You could be your own bank – there’s no permission required, it’s borderless, and it works anywhere in the world.

And so we see CBDC’s are not the solution to equal access to the monetary system as claimed, because they still require the same permission as conventional banking.

Now of course we have people using PayPal and Venmo and debit cards and so forth, so people are used to the digital thing, and so people will come to the conclusion that; ‘if I can transact with the federal reserve’s digital dollars then I could do it just as easily with with Bitcoin‘. So CBDC’s are going to increase adoption and awareness of digital currency, and I believe that’s going to push Bitcoin adoption.

So government issued, centrally controlled digital money will be utilized to control society with more regulations, more permissions, more surveillance, all by enrolling us into a centralized digital currency with ‘programable money’, whether it’s China’s or the United states’ When what we really need is permissionless money that anybody has the ability to use and join the global financial system, and that is found in decentralized crypto currencies like Bitcoin.

5 thoughts on “What Are Central Bank Digital Currencies (CBDC’s)?” 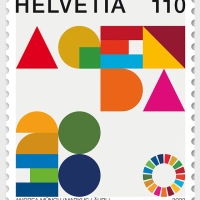